The following is the transcript of a talk given my Ted Margrett at the Lillooet Area Library Association’s 2019 Annual General Meeting. Ted has been volunteering with English as an Additional Language (EAL) students since 1990. In 2018, he joined the Lillooet Public Library’s team as a volunteer. To celebrate the Library’s AGM, he was asked to give a short talk on his experience. Ted blew the audience away with his short but powerful account of his journey as a volunteer in Canada and China. Enjoy your reading! 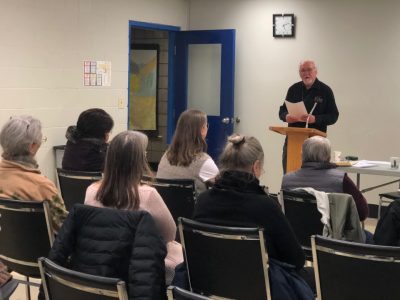 大家好. Hello everyone. Thank you for the invitation to speak at this auspicious occasion.

The circumference of the earth is 40, 0075 kilometers.  Over my lifetime, I traveled around the earth approximately 5 times. And

I’ve marveled at the magnificent greatness and oneness of the human family. The beginning of that remarkable odyssey started in 1990 when a friend of mine, Dr. Sandra Hutcheson, author and teacher, asked me to volunteer to assist students and visiting scholars from the People’s Republic of China.  At the time, China had only been opened 12 years to the outside world.

Since I had always been interested in China, I was absolutely thrilled to volunteer to help.  Within a few months, what started out as a class of six, which was held in a room above a book store in downtown Toronto soon mushroomed to the point that the class had to be moved to the International Students’ Center at the University of Toront0.

For many who attended those classes the whole experience was their introduction to Canada: to Canadian society and culture. And within no time, I became the lifeline for a huge number of people. Literally in the hundreds.  I became like a mother hen to them.  It really was an amazing adventure.

For one who has always enjoyed meeting people from other countries, cultures and races, this chance to be of help, to be of service was the perfect example of how volunteering can be so wonderfully rewarding.

According to the Mental Health Foundation of the United Kingdom:

“When you help others, it promotes positive physiological changes in the brain associated with happiness.”

No wonder, I felt so good helping those students. Unbeknownst to myself, I must have had an involuntary dose of one of those feel-good chemicals like dopamine in the brain.  That wouldn’t be far from the truth.

As you might know, there’s a whole host of beneficial effects connected with volunteering.  Volunteering is known to reduce stress; it helps those with negative feelings like anger and is known to lower blood pressure. It helps those who feel isolated by giving them purpose in their lives and it helps them to become socially connected. 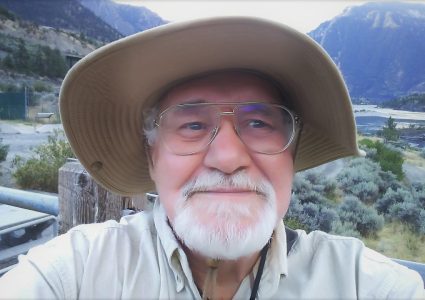 In 1992, two years after I started volunteering, I was continually encouraged by my Chinese students to go to China.  “China needs you.” they said.  At the end of the third year volunteering, I did exactly that.  For almost five years, I had associated with the Chinese almost every day. I had learned so much from them and so when I went to China, I was well prepared.  And because of the experience, I had very little trouble adapting.

On Saturday, March 27, 1993 there was a farewell party attended by a huge crowd of people, the vast majority being from China.  Three days later as I boarded my Air China flight to Beijing I remember thinking of all my friends I would be leaving behind. I also thought of those I would meet in China, and I was reminded of that wonderful quotation by the Nobel laureate William Butler Yeats who said, “There are no strangers here; only friends you haven’t yet met.”

Over my 20 years in China, I taught more than 12,000 students at five universities and colleges as well as middle schools and high schools. I learned the language and engaged in conversations with people whenever I could.  I visited the fascinating Forbidden City, the home of the Ming and Qing Dynasty emperors at least 14 times. One Spring Festival, which ushers in the Lunar New Year, I made a film on the Great Wall with a cast of hundreds of Chinese dressed in their New Year’s finery.  And during another Spring Festival holiday I travelled to the City of Shijiazhuang and the Revolutionary Martyr’s Cemetary where I visited the tomb of Canadian Dr. Norman Bethune.  As you might know. Dr. Bethune is a hero in China.   I had an extraordinarily rich life which took me from as far as Harbin in Heilongjiang in the Northeast not far from the Russia boarder to Urumqi in Xinjiang Province in the Northwest along the Old Silk Road next to Kazakhstan.  Throughout those years, volunteering was an integral part of that life. In recognition, I received the prestigious Qilu Friendship Medal from the Shandong People’s Government. The Qilu Friendship Medal is akin to receiving the Order of Canada.

All came to a grinding halt during the summer of 2013, when I was told that I was eight years over the retirement age.  So I left.  The myriad deep friendships forged over twenty years with people whose collective DNA went back five thousand years were left behind but not forgotten.

After twenty years living in China, I arrived in Lillooet on September 23rd, 2013 with my Chinese cat. I was jet lagged and completely traumatized.  And for months afterward, I was in deep grief.  And because of circumstances, it was so difficult to overcome re-entry shock and adjust to Canadian culture and society.  For some, they never adjust, but I was lucky.  Once I got my bearings, there were two places that I gravitated to, two places that gave me comfort and support: the Lillooet Friendship Center and the Lillooet Library.

The Lillooet Library has a special place in my heart.  It is one of the most enjoyable libraries I’ve been to in my life. Over the past five and a half years, I’ve continued to come to the library because being here is so uplifting. It’s a great place.  To me it really is the heart of this wonderful town.

When Sherry Rhodenizer called me last year to volunteer to help teach English to Chinese students, I accepted without hesitation.  The experience has been so rewarding because once again I am connected me to the Chinese in ways that those who have lived in China and feel close to the Chinese fully understand.

In an age of disunity, fear and lack of civility on so many fronts, volunteering in a spirit of service to humanity is an antidote that advances and upholds an all – inclusive civilization.

It is not the pageantry of wealth and possessions that will determine our legacy but the virtues that we will possess when we leave this planet.  When we think of those who have departed, we rarely think of their material possessions.

A good example of this is my dear friend Jeanne Berdan who volunteered here at the library and in many other places. I don’t think of the car she owned or the books she read or the jewelry she possessed; I think of her integrity, her fairness, her generosity, and her reliability.  However, I do think of the little scraps of paper she always carried on which were written a list of things she had do each day.

In her honour and in honour of those who work at the Lillooet Library, I want to pay homage to all who volunteer in service to others by reading a roll call in alphabetical order of some of the virtues inherent in volunteering.  We all possess these virtues to varying degrees. They are:

In closing I want to tell you of an experience I had volunteering in China.

One day while waiting for a bus, I was approached by a man who wanted to practice his English.  During the course of our conversation, he asked me how old I was.

That year I was teaching students who would become teachers.  In the second term, I volunteered to accompany a student to a middle school, where she would practice-teach a class of ten to thirteen year olds. When we entered, there was a burst of applause; students were beside themselves with excitement, having never seen a real Canadian before.

Following the class many wanted to have their photographs taken with me.  One little girl asked me if I could speak Chinese. “Yi diandian,” I answered. “A little.” (In fact, at the time, my Chinese was not very good.)

Then she asked if I could tell her how old I was in Chinese. Suddenly forgetting the order, I answered incorrectly.

Instead of saying I was forty-eight, I said, “Wo shi bashisi sui.” (I’m eighty-four). There were outbursts of amazement and disbelief.  Wow!

“You don’t look eighty-four,” she said. “You look like you’re sixty!”

Xiexie dajia.  Thank you everyone.

Our databases have lots of professional information not necessarily found through the Web.  We also have loads of recommended websites.  Check out our Online Resources page for more information.